What language should I learn?

There's an article I remember reading ages ago that addressed this question. You can find that article here, and in it is the original article/study from Mr. Arguelles. Obviously, a need to speak a language for work, etc. will make that decision for you, so we're talking about something a bit different here. I'll explain below, but let's look at four language categories.

They are:
So I don't want to steal the thunder or credit of the other people who've already talked about and shared this thought, so I'm not going to go back and brush up on the article, but I remember reading this like, five or six years ago and being impressed with the idea. While I haven't gone bonkers hardcore about studying five or six languages super intently, the idea has been a fascinating one for me, perhaps something to aspire to. 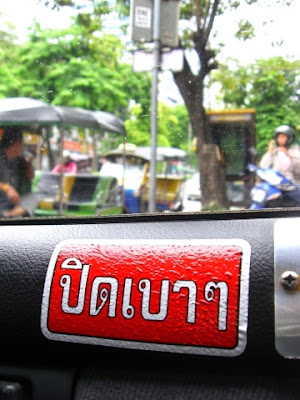 Now, this approach is, to me, entirely different than addressing a specific necessity (oh the joys of necessity....) Like I've talked about before, if you specifically need to learn a language for a specific purpose, then that's a pretty straightforward course of study with focused goals. Go do that.
If however, you're more enamored with the idea of study, or if the thought of being multilingual is exciting and exhilarating and you find multilingual people especially inspiring and are jealous of their abilities, then perhaps this is the list for you and will give some interesting direction to your studies.
The way I see it, its goal is to attain to a level of well-roundedness that will allow you to be pretty competent in most fields either the corner of your interests or backgrounds.
Think of it this way: if you're packing for a camping trip, you have a pretty good idea of what you'll need. If you're packing for a beach vacation, you have a pretty good idea what you'll need. If you're leaving your house with zero idea where you're going or what you'll be doing, then it makes sense to prepare the most practical, useful, and versatile gear for any of the most probable sets of circumstances. I find this list to be that sort of approach. It's planning way ahead.
The four categories are, perhaps, a bit TOO thorough for some. For example, classical
languages may be a bit too pedantic for many people to devote much time to. I was fortunate enough to get five years of Latin under my belt, and I benefited hugely from it, but it started as a mandatory class. Not even I would have diligently studied Latin for five years on my own. It was a class I enjoyed that looked good on my transcript and brought up my GPA. I always had a nearly perfect score. So I was glad for it, but I can also see how someone would be less than eager to undertake a study of classical Greek, Hebrew, Sanskrit, or Arabic. There are others, for sure, but the general idea is that they provide historical and literary value, perhaps not so much a tangible speak-ability. That, my friends, is a dedication and an investment.
The second is a more practical, realistic adaptation of the first. Where do your people come from? Where does your heritage begin? What do those people speak today? The first category was what they spoke perhaps 500-1000 yeas ago, but this is modern-day stuff. In this case, many Americans would be learning German, Irish, French, or perhaps even a Native American language like Cherokee (which applies to me). Of course there are plenty of Spanish, Korean, Vietnamese, Filipino, Polish, Chinese and Italian (etc.) Americans who may have a more direct candidate for a language of their heritage.
The third pulls that scope even broader, removing more personal context from the equation. Well, I suppose what it removes is cultural backgrounds and focuses on environment. What are the international languages that would prove widely useful in your section of the world? For example, Spanish is one of the most widely spoken languages in the world, but where I live (in Asia), it isn't really terribly useful. Yes, there are people in my city from Spain and South America and Mexico, but most of them also speak English or Chinese, so for me Spanish isn't a must. It would still be a good move for me to learn it, though. As another example, Hindi is spoken by a hue population, but a large portion of Hindi speakers also either speak some degree of English or are still in India, a place I have never been and don't really plan on visiting. My point is to say that numbers don't necessarily dictate the absolute practicality of something for you in your context. But this list is obviously made up of a few widely spoken contenders.
The fourth category is the wild card. All the options so far have had some logic behind them, been related to some responsibility you have in a specific environment or context. This one isn't. Its sole purpose is to counteract the limits of your context, to get a wild hair and pick up something to round you out, expand your horizons or just have some fun, challenge yourself, whatever.
I'm hoping you can see how these four categories would provide a really nice well-rounded kind of skill set, assuming someone could really dedicate themselves to six-ish languages (one or two in each category) (either at one time [!!!] or one at a time over a period of years) and be hexalingual (?). It would be quite an accomplishment. Here's my list:
1. Latin (that's done, and while not DIRECTLY related to my heritage, it's a significant enough classical language that it fits the criteria.
2. In a really direct sense, this would be Irish or Cherokee. As a more general English speaker, one could argue German, with linguistic heritage rather than biological.
3. Chinese. Done that. I was born with English, and have learned that in many situations, one of those two languages will allow me to speak with the majority of people I come across. Reasonable additions to this category would include, as above, Spanish, and Russian.
4. Anything goes here, right? Thai would be on my list, as I've spent some significant time with it before. I'm still tempted to justify my choices here with practicality. Thai is practical because I've been there twice, would love to go again, and they have amazing food and a wonderful culture. Along those lines, I could then also consider Turkish, Swahili, or like, Inuktitut, just because that would be fun.
So that's my list. What would yours be? What categories would you decide are worth two languages? What categories do you already have checked off? (Mine are the first and third, with one each, aside from English as an international language).

PS: Something I thought was interesting here is that I really couldn't fit some of the more common Western language options into any of my four categories. When I was in school, the options were Spanish or French, and really cool kind of unique foreign language options were German or Japanese. As much as I'd like to be able to speak French or Italian, based on this list, they don't really qualify. I could include Italian for the same reasons I included Thai in my last category, but Italian isn't necessarily exotic. Italian is spoken by only a few million more people than Thai, according to one source. My recollection was that they're about the same, hovering around 57 million speakers, but the point is that neither of them are considered to be an international language. Westerners would probably be more likely to run across an Italian speaker in the West instead of a Thai speaker, but on the whole, they're almost equal for total speakers, both beat out by languages like Urdu, Persian and Turkish. French has more than 70 million speakers, but that still puts it a few million behind Korean. I guess what I mean to say is, those first few foreign languages that pop into your mind may not always be the best options. There's SO MUCH MORE out there than French and Spanish and Italian! Do some digging!
Posted by Alan at 1/21/2015