... somewhere!
So... this is one of those articles that could easily come off as Dr. Phil-ish-ly inspiration and cliché, or alternatively arrogant and soap-box-y, but it's neither. At least not in my mind. The first few paragraphs and a list of things are perhaps soap-boxy, but if nothing else, jump to the big heading below and read all of that. A few good links (some of my favorites), and some goodies down below, so don't miss those. 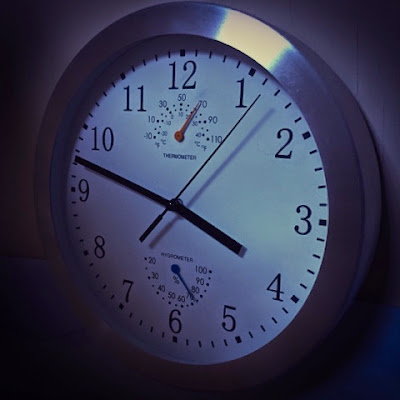 Think of it this way. I'm talking to that group from the last article who wants to learn a language but is too afraid to do it because they're unfamiliar or don't know how to start. For those of you (or anyone who's just thinking about starting with another language or picking up an old one and just hasn't gotten around to it yet), let me ask you a question:
If you only had to sleep two hours a night, if those two hours felt like blissful, fulfilling, lying in bed on a long weekend kind of sleep, and you could spend the other six hours (of a [not-so-]normal human's eight-hour night) doing ANYTHING you wanted, what would it be? And I'm not talking about getting around to all those chores you need to catch up on, or making some extra money on the side to pay off your student loans, but even if I were, let's say you still had
three hours EVERY DAY that you don't have now, just *poof* out of the blue, what would you do with them? If you suddenly had time to pursue that thing or those things that you've always wanted to do, without concern for the lack of time you have for it, what would you pursue? Would you

Then you should make time to do it. It's one of the most frustrating things in the world to hear someone tell you, and I've been told it before, but it's true. It's often not that you don't have enough time for X or Y or Z, but that you haven't made the time. We all have the same amount of time.
All of the above are things that I've committed to doing over the past few years, some more recently than others, and all in various stages of completion or success. Piano has fallen by the wayside because it involves trips to places that have pianos and scheduling time with my (former) teacher that I just don't really have much of anymore, but I was very consistent with classes weekly and daily practice for close to two years, I think.
My point here is not to brag, because honestly, each of these things kind of gets in the way of the other. My goal isn't to be the best, or even to be very good at any of the above things, even though I am a hopelessly competitive person and a perfectionist. I'm too interested in too many of these pursuits to sacrifice all the others for just one of them. If I didn't get up at 4:30 every morning to walk the dog and go to the gym before work, I'd have plenty of time to go practice piano for a few hours or stay at home and practice violin for a while before I had to go to the office, or do any of the other things I listed above. And I kind of struggle with that, but with all of the irons in the fire, they're each getting about as much time as I can afford to, and there is always something to turn to if I'm bored, which is rare.

If nothing else, jump to here...

That all being said, I've learned that finally just deciding to do something is more important than deciding how to do it. I'd originally planned to learn piano on my own, but spending the time (when I had it) and the extra money made the experience so much more rewarding. Not only is my piano teacher one of the coolest people I know (a college student), I learned so much more than I ever would have otherwise. I wouldn't suggest jumping into something completely blind and terribly misguided, because you can develop bad habits and stuff, but with the proper amount of preparation or just asking whoever may possibly be able to lead you in the right direction, you can find yourself with an excellent teacher or textbook or study partner much faster than you would have imagined.
This, I feel, as mentioned earlier, is the case with most people's study of language. We all speak something, but not many of us have any idea, or have ever given much thought to, how we learned that language in the first place. This seems paradoxical: we can all do something but don't know how to do it again.
That's a discussion for another time, but in short, we did it over a period of many years, with no deadlines, no egos, no pride, and lots of help in the right environment. If you want to learn, then start! There is absolutely no better time than now, as in, in this century, to start picking something up. If you're reading this, then you almost certainly have all the tools you need to get started.
Visit Omniglot or Wikipedia and Forvo or download Duolingo or go buy a Pimsleur program (or check it out from your local library [if you're in the U.S., or here for the U.K.), watch YouTube videos, subscribe to a podcast, read some simple news articles, play with Google translate (as long as you're not learning Chinese or Japanese or some of the other harder-to-translate-from-English languages), find a dictionary you love, definitely buy a notebook (not a computer, just a plain stack of bound paper, but one that looks and feels nice!), even buy a little touristy phrasebook (I haven't read their new ones; I have about two dozen of their very old series that I'm not sure they publish anymore; nabbed them off eBay and I LOVE them), or read a book on the subject; even if it's a maybe little bit hard-to-believe and perhaps not entirely accurate, it makes for a wonderful, exciting pep talk to get you on the move.
Just do something! Pick two or three ways you can start and just start! And if you are entirely overwhelmed and have no idea how to start, then just do more reading, and start asking around. That's better than nothing.
Lastly, having started something you were intimidated by and making progress on it and showing real results is rather the same feeling and as gloriously satisfying as waking up and looking at your alarm clock to realize you have four or five more hours to sleep. It's a nice surprise, it feels good, and it's just exactly what you need to keep going. But you won't until you take that first step, and it's the hardest. Go.
Posted by Alan at 1/02/2015